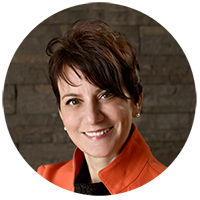 I want to share with you the stories of absurd and the outrageous  in Turkey, along with some of life’s little pleasures – books,archeology, art, alcohol, food and other opeches mignons.  The blog will cover stories on how Turks worry and party at the same time; why a sleepy a Greek town near İzmir turned into a favourİte resort more expensive than Nice;  how a city which tops Turkey’s divorce rates becomes a centre for bridal industry and how bright young artists find their own niche…

A few words on myself: I am a journalist and communication specialist who has worked in Turkey and abroad since 1990. I have started worked 12 years as a journalist in  Turkish Daily News (the forefather of Hürriyet Daily News), Hürriyet and CNN-TURK.  I have contributed to BBC Turkish Service, The European Voice and other international publications while I was working in Brussels, covering EU and NATO. Returning to Turkey in 2001, I worked in two English-language papers, Turkish News and The Anatolian.

Then I drifted away from journalism: I worked as media/political consultant to the Netherlands Embassy in Ankara, took a job with the European Commission, worked as the International Road Federation’s Communication Director in the Brussels-Geneva-Washington triangle, became the Director of EU Information Centre in Ankara. I even worked with the Turkish bureaucacy, as Director for Civil Society, Communications and Culture for EU Secretariat-General (which later become Turkey’s EU Ministry). Corporate culture also got its share of my nomadic career: I worked as Corporate Affairs Director of Tesco Kipa in Turkey.

Happily retired in Izmir but still as adventurous and irreverent as ever, I now read avidly, talk to people who have stories to tell, travel and share the absurd, the ridicilious and the politically incorrect.